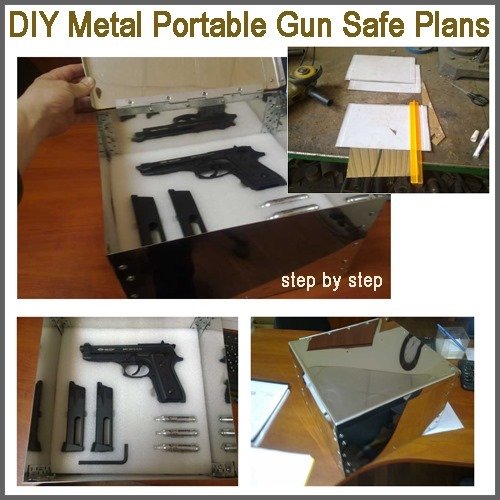 After purchasing a new gun, I started considering how I will store this zool in my apartments full of children and other people who are not allowed to touch weapons (my wife).

And then a good idea leaped in my mind: I need to make some kind of safe. It’s expensive to buy a new one, and I didn’t want to order plastic Chinese cheaps. The same day I was wondering what it should be made of?

The answer came to me quickly. I needed stainless steel sheets 1 mm thick. 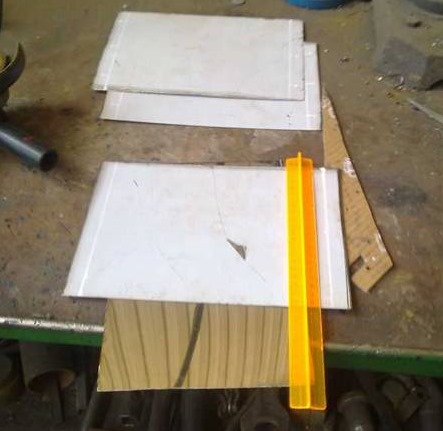 First we nest the sheets and cut them. I decided to make a safe for two guns and some other stuff (gas cartridge, balls, additional chargers). Dimensions are 30*30*20 cm. I decided to fix it all with riveting, and thought a lot about what walls and bottom should be connected with. Angle appeared to be the most suitable option. So, drill holes and get down to work. 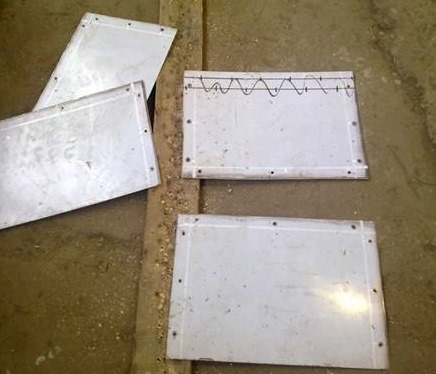 Cut the angle taking into account offsets, in my case it was one centimeter from each edge. Rivet box walls. 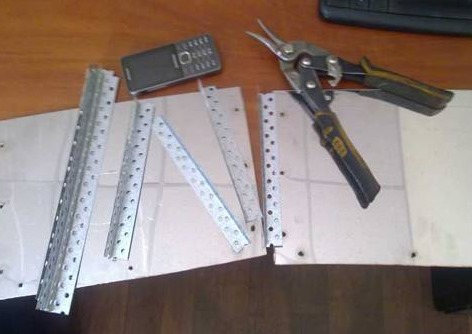 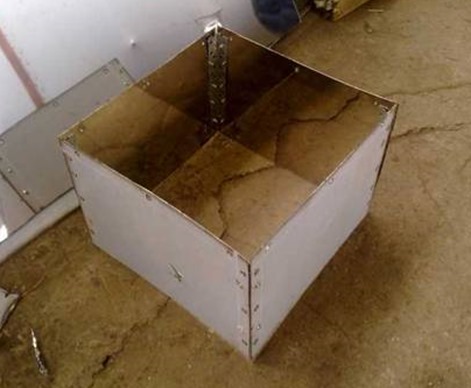 This is how an intermediate variant looks like. After that, we need to fix the bottom. The solution is the same angle, but this time we will use more rivets. 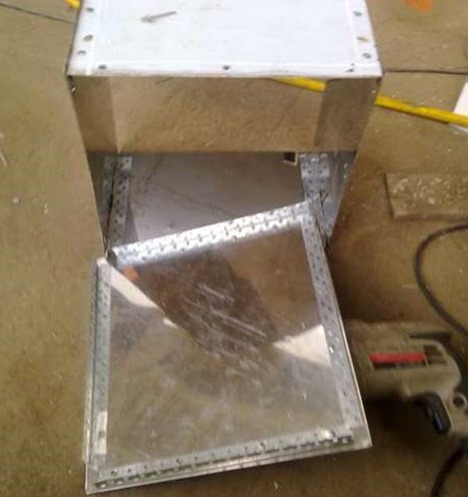 Photos of the basic box. 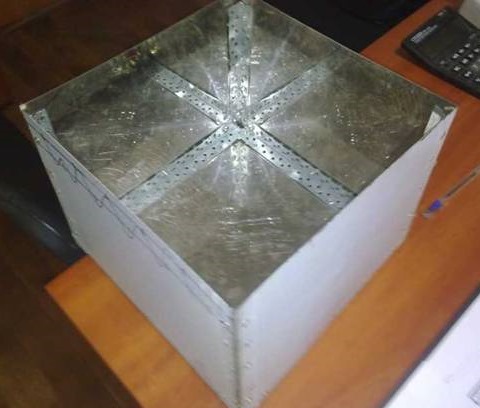 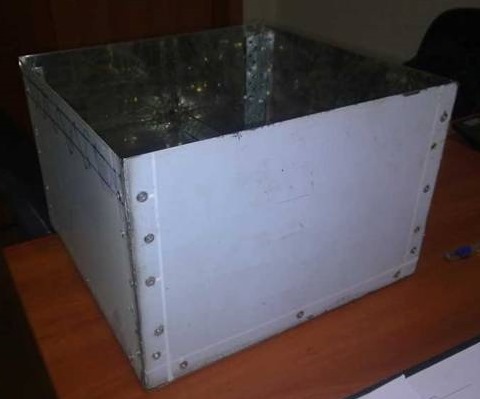 The last issue is the cover. It’s clear what it should be made of. But how to fix it so that it wouldn’t fall inside the box? The solution came to me unexpectedly. While I was drinking tea, I saw the metal box where it was stored: 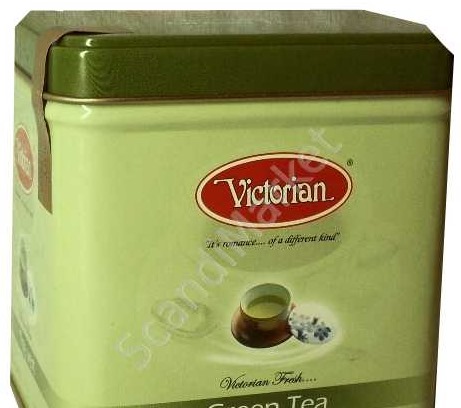 That’s the solution! But how steel details can be bent? No how. I decided just to bend edges and process them with polishing paper or an abrasive wheel. But, of course, you must measure seven times before you start cutting…which I didn’t do.

So I failed to measure everything properly and had to rivet one of edges, but the results appeared to be even more interesting. 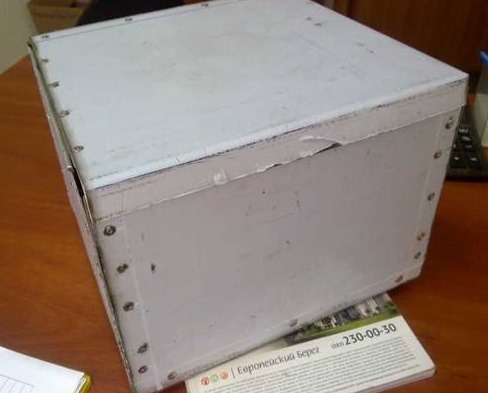 The same tea box gave the the idea that a cover should be fixed at piano type hinges. The photo shows it well. 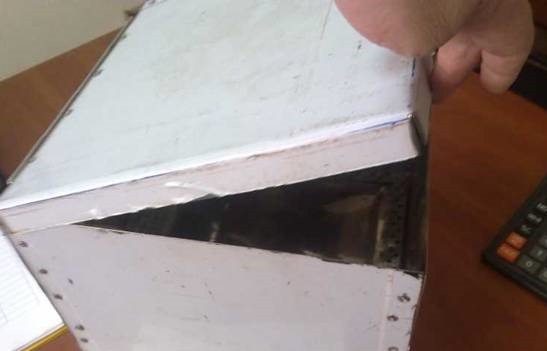 That’s the angle that was sanded so thoroughly. And how my ideas were realized. 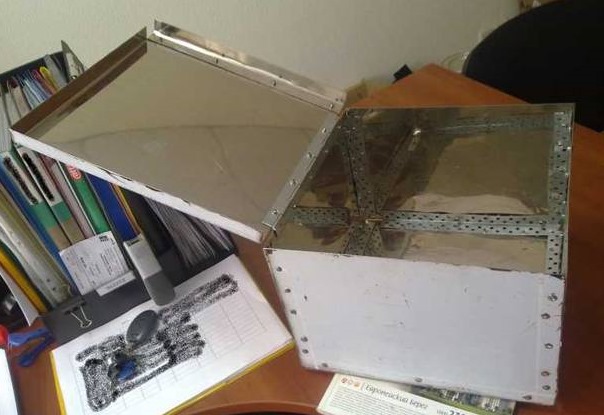 The right part of the cover is the detail that I failed to measure correctly. Thanks to that, there appeared some kind of a hole for finger for closing/opening the device. 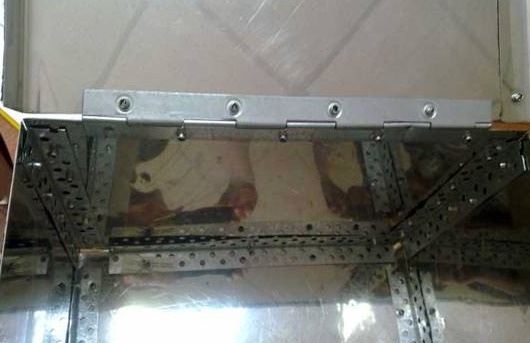 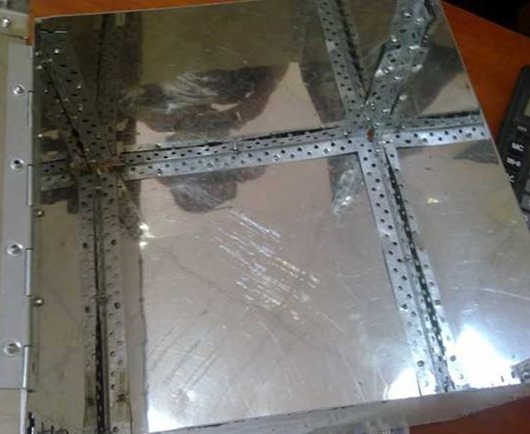 After that, detach protective film everywhere, and we get a wonderful safe with mirror walls. 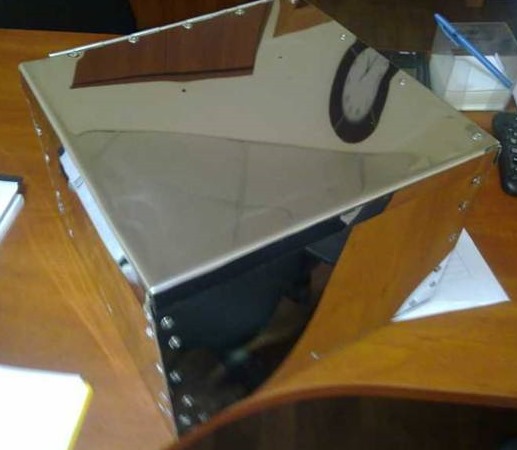 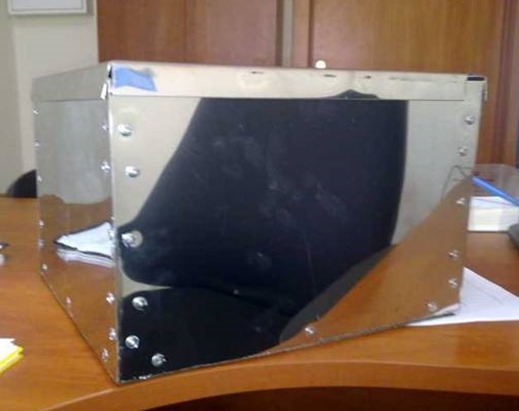 And what can be used for filling? Polyethylene foam 5 cm thick. Cut (with a letter opener) several squares with 1 cm offset from two sides. As the result, we have a square with 29 cm side. It looks like that: 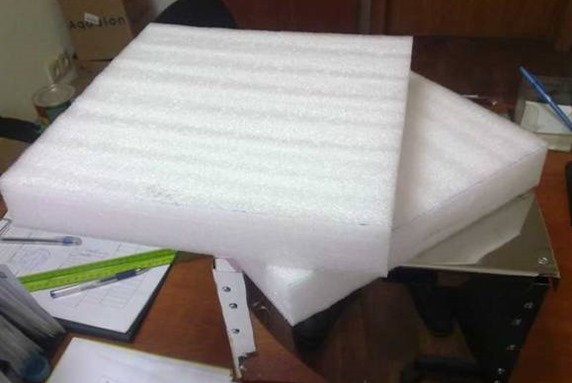 Put it inside the box. 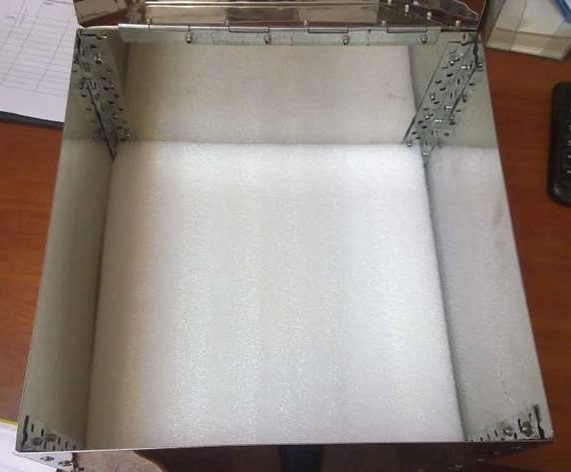 The same opener can be used to cut spaces for all necessary devices. That’s how this handiwork looks. 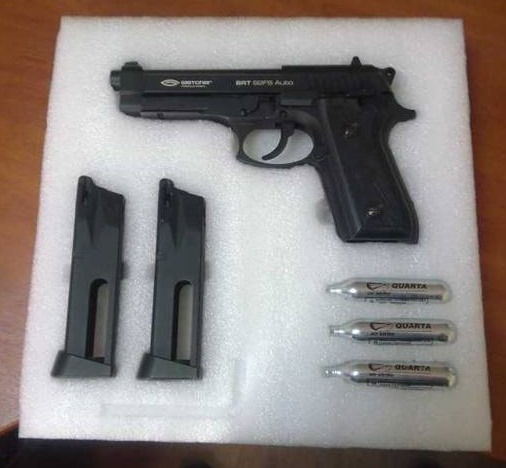 Forgot to put the key 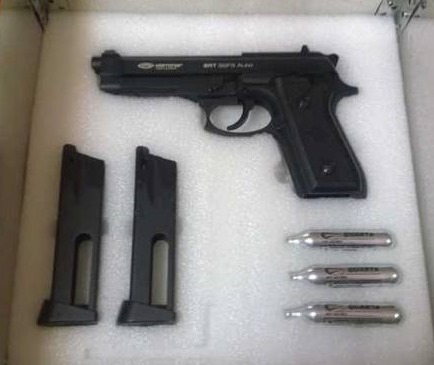 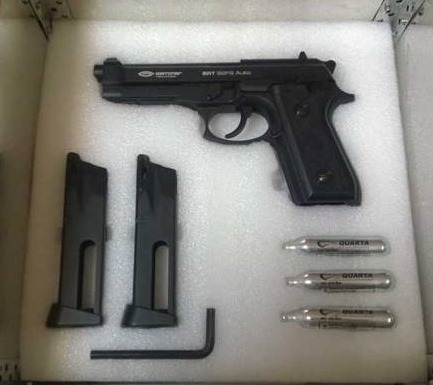 This is it. It’s my first work, and I don’t have much experience, but the box appeared to be quite reliable, though. Photos are low-quality, but they still show how it all is done 🙂

And two more photos at last: 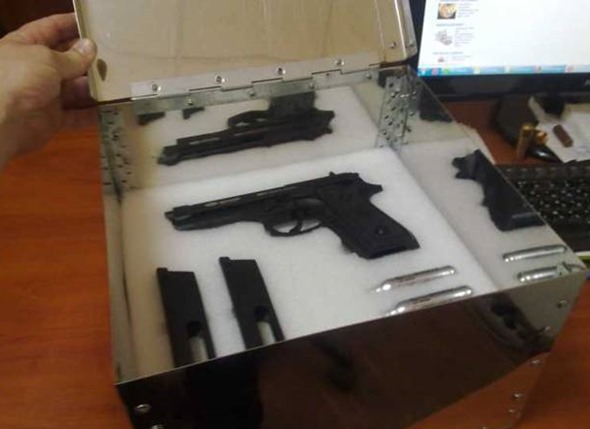 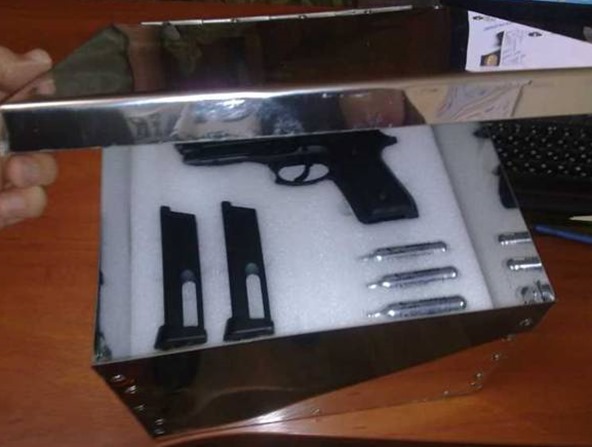